You are at:Home»Uncategorized»Van Gaal Impressed By Teenage Duo 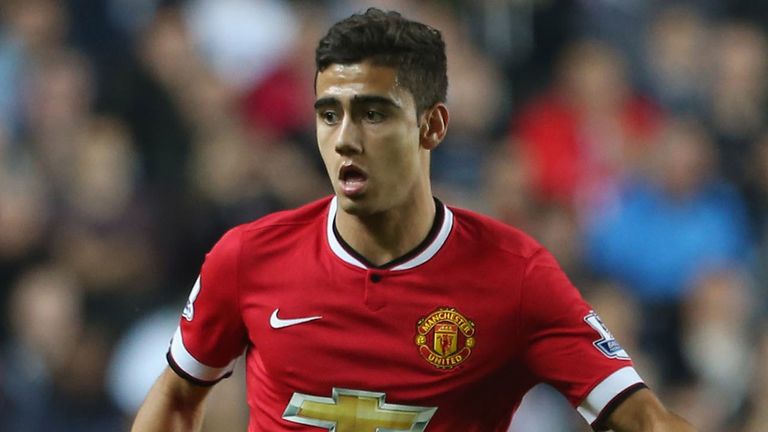 Louis Van Gaal had a relatively straightforward evening on Wednesday night as his Manchester United side put in an impressive display to qualify for the fourth round of the Capital One Cup at the expense of Championship side Ipswich Town.

After the match, Van Gaal was full of praise for the two youngsters in the team, Andreas Pereira and Anthony Martial. As well as skipper Wayne Rooney, they both got on the scoresheet in the 3-0 win, with both playing a key role in the victory. Pereira, who was starting for the first time in a United shirt was particularly impressive and marked the milestone with a superbly taken free-kick midway through the second half. In the post match interview, it was clear that Van Gaal was extremely impressed and stated;

“He had a big participation on the game because he scored the free-kick in a fantastic way. We know that, he’s doing that in training, so that’s the reason he takes the free-kick. But, like all the other players, there is a lot of space of improvement for Andreas. He can play all these positions and his competitors are Young, Memphis Depay, Fellaini, Mata, Herrera, Rooney [and]Lingard, because he can also play at [No.] 7, 10 and 11.”

With his manager’s approval after an impressive first start, both Pereira and Van Gaal will be hoping that the Belgium born Brazilian can kick on and try to stake a claim for a starting position at the club in the near future.

Also in the goals once again was £36 million signing Anthony Martial who took his record to four goals in four games for the club with a smart finish in the last minute of the game. Despite only entering the field as a 70th minute substitute, the Frenchman produced an astute performance and was fully deserving of his goal.

Despite such an impressive start at the club, Van Gaal insists that his £36 million purchase won’t let it all go to his head and get carried away and said after the game;

“That’s not difficult because he’s a player who is very modest and he knows he can score because of his fellow players. We made it very easy for him two times because we won the game and then the gaps are existing and, with his speed and composure, he can score. He did it also against Liverpool and now again. We are happy but still we have to keep our feet on the ground.“