You are at:Home»Uncategorized»Baldini Sacrificed By Spurs 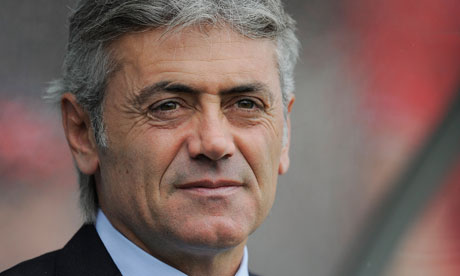 In news that will surely delight Tottenham Hotspur fans, the club has parted company with Italian technical director Franco Baldini after just over two years at the club. During his time at White Hart Line, Baldini was responsible for the clubs scouting and transfer policy.

Baldini joined Spurs from AS Roma in June 2013 on the back of Tottenham’s sale of Gareth Bale to Real Madrid for a world record fee of £86 million that summer. With more than £100 million to play with, it was Baldini’s job to identify the ideal signings and to reinvest the money acquired from the Gareth Bale sale and sign players who were supposed to make Tottenham a top-four team. With the bundle of signings failing to make an instant impact in the Premier League, it soon cost manager Andres Villas-Boas his job as he was sacked before Christmas. With Tim Sherwood taking over the reigns on a temporary basis for the remainder of the season, the new signings could only help Tottenham to a sixth place finish.

With Spurs failing to make any more significant progress under current manager Mauricio Pochettino in the two years since, it has now been decided that a change of direction is necessary with former England national team assistant manager Baldini the one to be sacrificed.

“He leaves us now to spend time outside of club football. We wish him all the best.” read a Tottenham statement